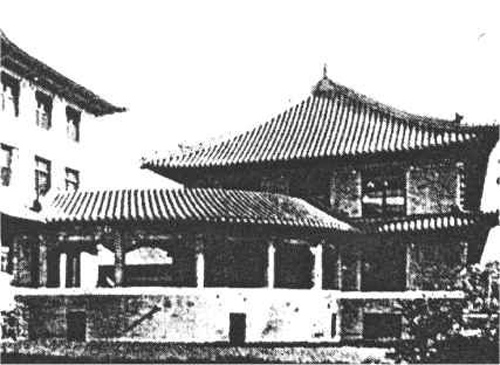 As well as the sames tiles as those used in the nearby Forbidden City, Hussey’s roof shapes and proportions closely resembled traditional Chinese roofs. He relied on the Minister for the Interior, an archiect Chu Chi Ch’ien, to advise him on all aspects of roof design, including “the proper pitch of a Chinese roof, the amount of overhang for the cornice, the details of the huge ornaments on the ridge of the roofs, the proper design of the little figures (such as an emperor riding on a hen) on the eaves of the roof and the other mysteries of Chinese architecture.”* See pages 90-94