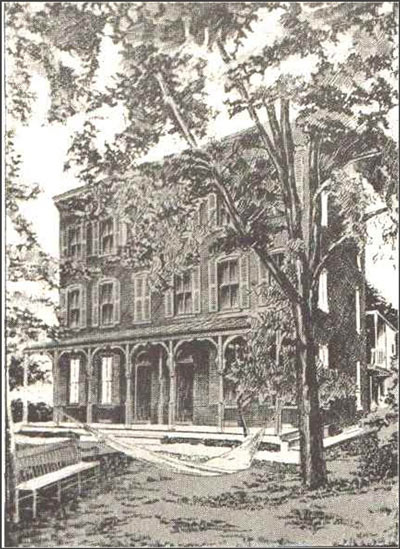 It was not long before the Queen Street building proved too small for the trustees purposes. In late 1895 they purchased a larger ‘plantation-style’ residential property for $12,500. This building was not much bigger although it had three storeys and a verandah at the front and was set apart from other buildings in what appear to be substantial grounds. Unfortunately the trustees discovered that it was “not well adapted for hospital purposes” nor did it lend itself to modification. There was space for expansion and they decided to commission plans for a new purpose-built hospital.