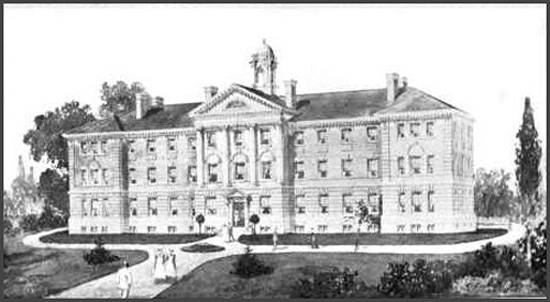 In nineteenth-century America, where a new hospital building could symbolize the charitable impulse of citizens and serve as a focus of civic pride, external appearance was important. The trustees of the Lancaster General Hospital, chose the neo-colonial form of Georgian-Reviva when they decided to build a new hospital in 1902. The elegant, perfectly symmetrical stone building with a hipped roof, eaves detailed as classic cornices, a central cupola, rectangular windows, and the main entrance taking the form of portico with freestanding columns and topped with a pediment ably represented the solid philanthropic citizens of the town. See Page 46